There were two controlled explosions carried out on land close to Balaclava Farm, Terrington St Clement, this afternoon.

Pictures of the detonations were taken by eyewitness Brian Scott, who lives opposite the farm and said he understood a bomb had been found in a field. 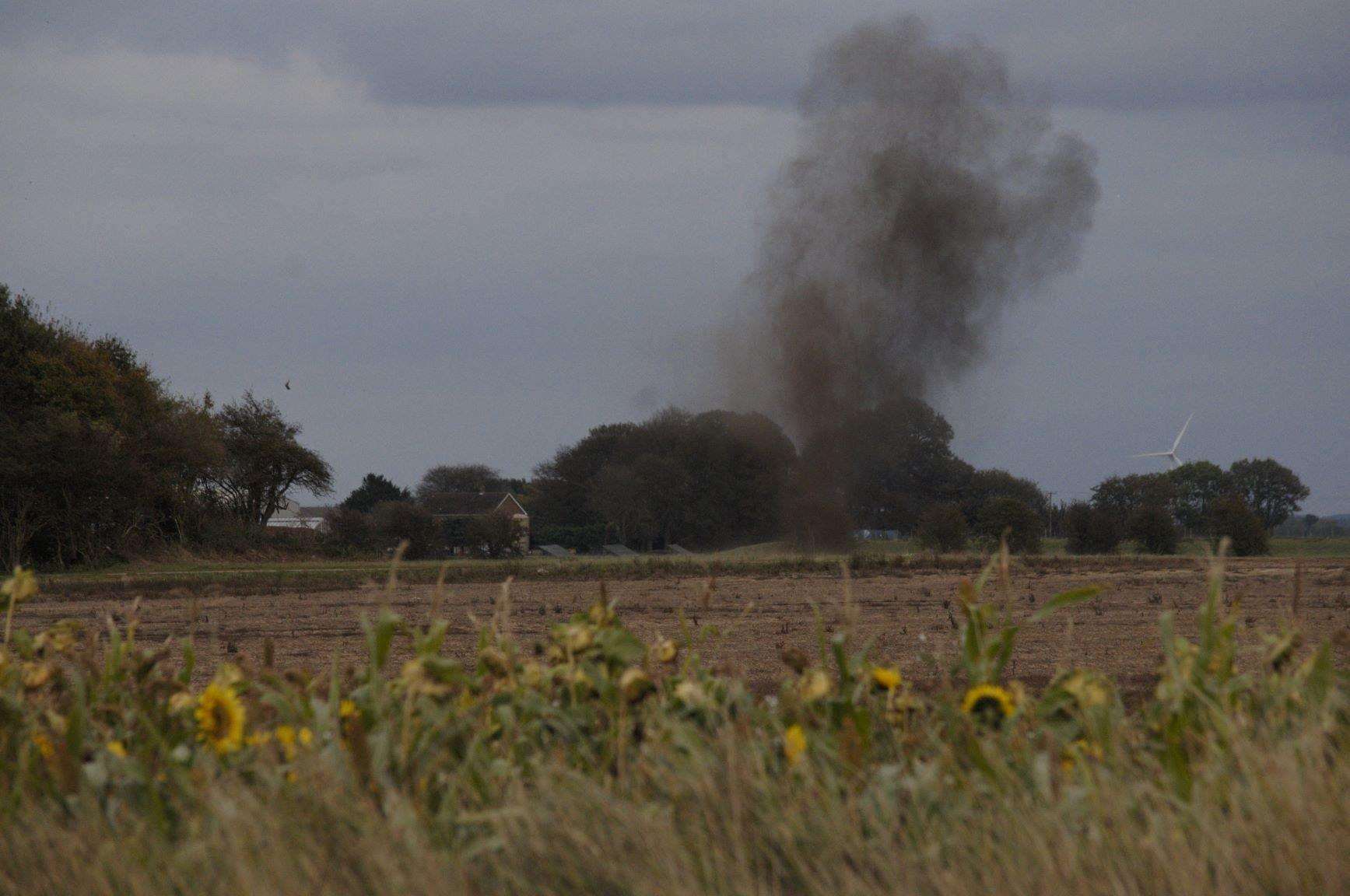 He told the Lynn News: "I saw the police cars and thought they were out after hare coursers, or something. But then I saw the vehicles had RAF Bomb Disposal on it.

"When it went off you could definitely hear it, it was a good crack."