For some businesses, it is an occasion in itself to welcome customers back after four months of closure due to the coronavirus pandemic.

But Lynn’s Majestic Cinema will also be celebrating its newly refurbished ground floor screens after a six-figure revamp when it welcomes customers back on Friday.

When cinema-goers last entered the historic Tower Street premises back in March, there were three screens – there are now four, and the downstairs screens have been decked out with new seats, screens, lighting and sound systems.

When the Lynn News visited on Wednesday, manager Tom Cundy said he “couldn’t be happier” with the new developments.

“Overall we are feeling excited to let people back in and get back to a bit of normality for the cinema,” he said. 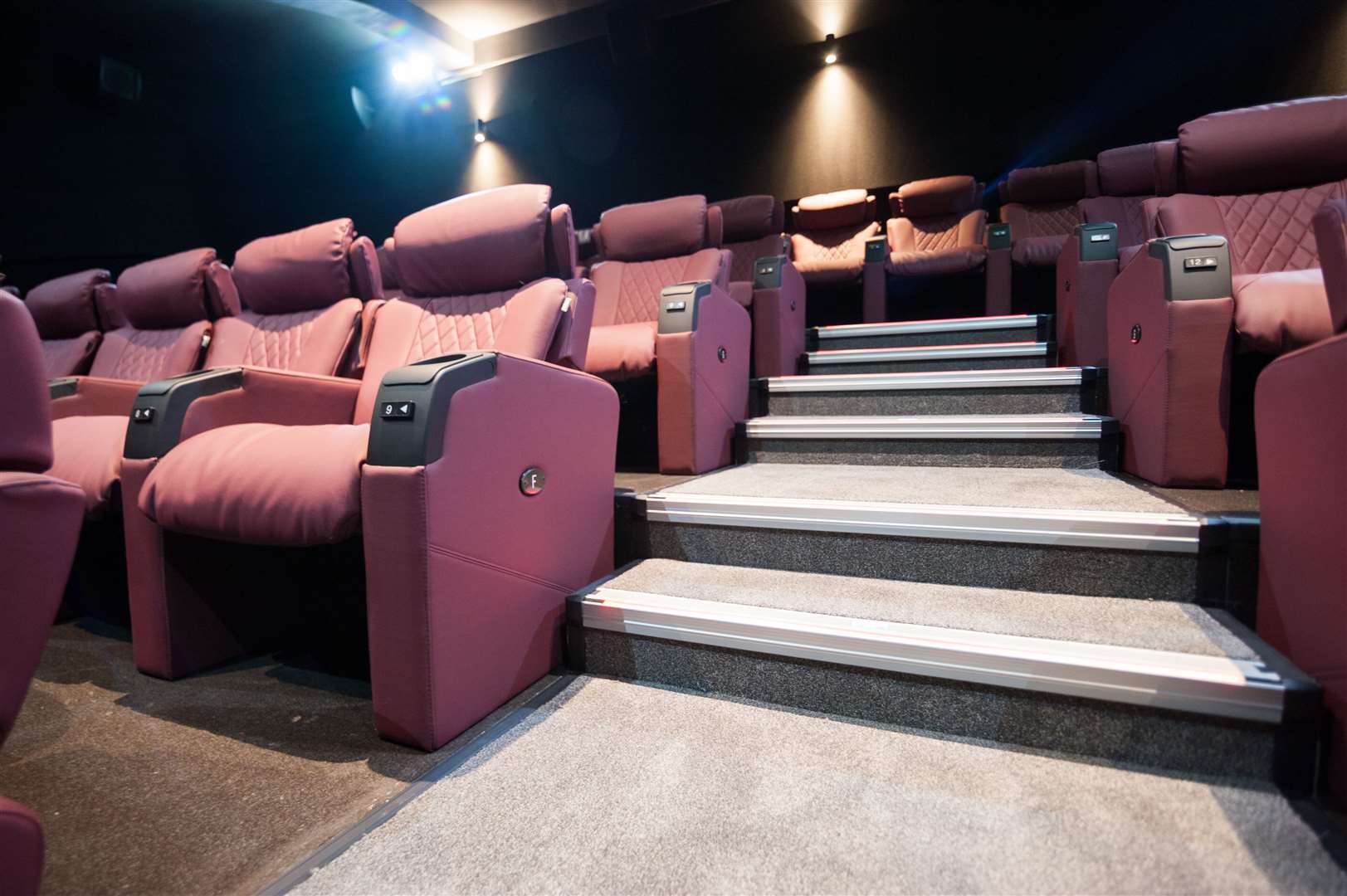 Meanwhile Screen Four has 44 seats, which Tom said will also be available for private hire.

“There’s a lot of potential with this little screen – having four screens gives us a lot of flexibility,” he said.

All four screens now have allocated seating, which will help with social distancing, as the system will automatically block off the appropriate seats around you when booking. And other safety measures in place include staggered film times to reduce queues, hand sanitiser, protective screens on the kiosk and paperless tickets.

Confirmation emails will contain a QR code which will be scanned on arrival.

As for face masks, they are not mandatory for customers or staff, but they can wear them if they wish.

Tom said: “There may be a few teething problems in the first week but we are confident we have got it all sorted, especially with Covid guidelines. “People want to feel safe and secure, but at the same time we want to make sure that people can have fun when they go to the cinema, rather than feel apprehensive about it.”

The Majestic Cinema will be open every day from Friday, with the first films starting at 1pm and the last at 8pm – nine different films will be on offer in the first few days.

“We will see how the first couple of weeks go, if there’s big demand, we might put more shows on,” Tom added.

Tom said: “The prices probably will go up at some point, but we really wanted to give people an excuse to come in.”

He added: “We always want to be the best value for money.”

As for any future developments, Tom said they could start work on Screen Three as soon as September, but a refurbishment to the largest screen, Screen One, is a little further off for now.

He said the response to a short video on social media revealing the new ground floor screens had been “really positive” – having been viewed around 30,000 times.

“It’s really good, it shows that people actually do like coming here and have a real vested interest in what we are doing,” Tom added.

“It’s rare to have independent cinemas, or even to have cinemas in town centres.

“We look at everyone’s comments, as it does matter, but it’s great. We couldn’t be happier.”

Tom, who has been working at the Majestic for 10 years, said: “It’s really nice to have this, it’s definitely exciting for me, I hope it is for everyone else.”

For more information, follow The Majestic Cinema on social media or visit majestic-cinema.co.uk to book tickets.