West Norfolk pub-goers enjoyed the start of a ‘new normal’ over the weekend following the easing of coronavirus restrictions.

Safety measures including a track and trace service, hand sanitiser stations and new outdoor seating arrangements were in place as friends and families met up in pubs.

The Sculthorpe Aviator near Fakenham tried out its new traffic lights toilet system for the first time in which customers use foot pedals to warn others if the toilet is occupied (red light) or vacant (green light).

An amber light is constantly switched on as a Stay Alert warning with traffic light systems in place for both the outdoor and indoor toilets at the pub.

Owner Cara Green said: “It was basically my partner’s idea to get the foot pedals so there is not physical contact with your hands.

“Because our entrance is less than two metres, it was a good idea to put in a social distancing traffic lights system, which is quirky and a bit different.” 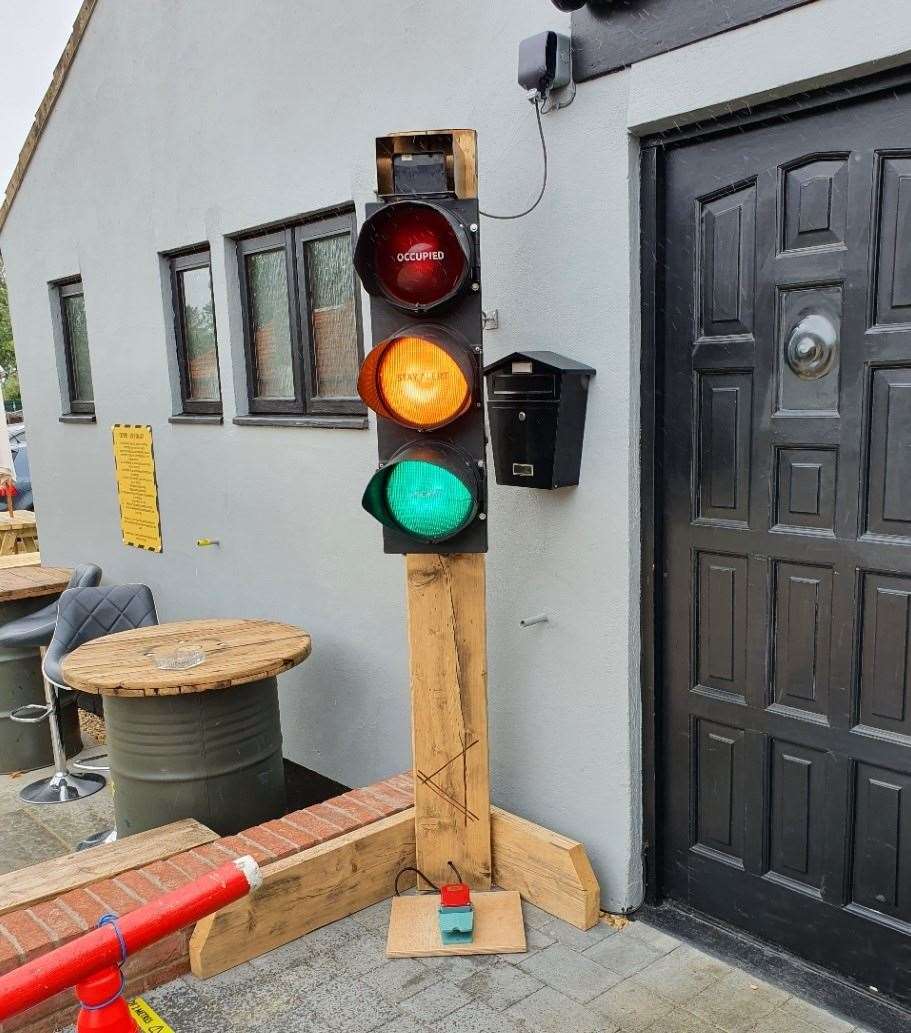 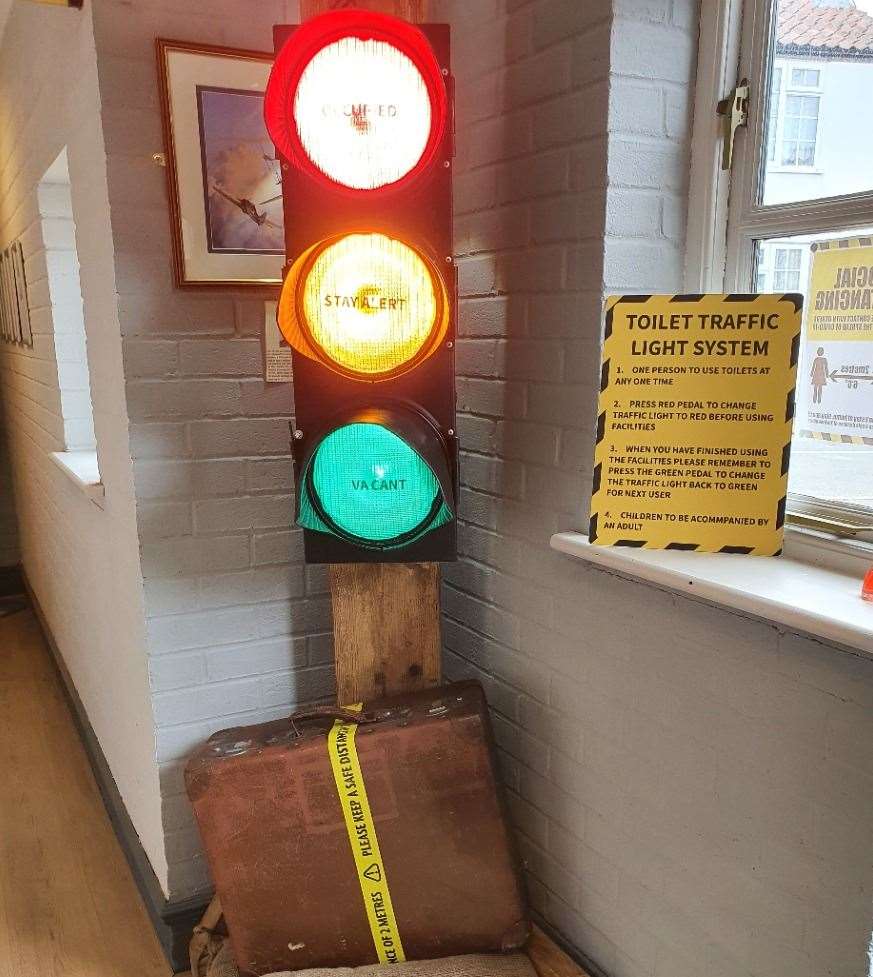 Signs have been put up informing customers how to use the system, while some visited the pub for the first time having heard about it.

Mrs Green said the feedback was good for the safety measures in place, including a track and trace system.

She said: “It was a little bit nerve-racking, the excitement was building up then you kind of worry and expect people might not take the risk of coming out. But it was a good Saturday night and Sunday lunch.”

The pub will also be continuing its takeaway service for those who are not prepared to venture out yet.

Ian Skinner, landlord of the King’s Arms in Shouldham, said customer levels were the same as pre-coronavirus and thanked all the customers who turned up, as well as his staff.

“Everyone who turned up said they felt safe and will be back,” he said. “Everyone behaved themselves and most people adhered to the guidelines.”

The pub’s classic car and bike meet took place on the Green on Sunday, and Mr Skinner said this will continue every Sunday from noon to 4pm.

He added: “People come and go throughout the afternoon; there were some lovely cars and half the Green was full.” During lockdown, the pub has been raising funds for the mayor’s charities, Norfolk and Waveney MIND and The Magpie Centre, RDA West Norfolk, through a takeaway service to “keep in touch with locals” and support the breweries.

Rob Bartram, landlord of the Red Lion in Swaffham, said there was roughly 20 to 30 per cent footfall and described the weekend as being “three out of 10”.

He said: “I do not think people have got the encouragement to come out yet although it is weather dependent. We did not get anywhere near what we would normally do for a summer Saturday or Sunday.

"Everything worked in terms of our safety procedures as far as we were concerned. Those people who tried to get a bit excited after seeing their friends for the first time in a while were calmed down, told to stay apart and play the game.

"All the procedures worked perfectly okay and we will be extending our hours if footfall increases."