An eight-year-old Marham girl decided to show her support for a national children's hair loss charity in memory of her late grandad.

Maddison Banwell, a pupil at St Martin, Shouldham CE Primary Academy, has currently raised around £900 after her hair was cut on Friday.

She will be donating her hair, which was 35in, to the Little Princess Trust. This charity provides free real hair wigs to young people, up to 24-years-old, who have lost their own hair through cancer treatment or other conditions.

Maddison's hair was cut by her hairdresser mother Sonya who said the eight-year-old has been very brave and took on the challenge of her own volition.

John Banwell ran his own haulage company for nearly 50 years, and died last year at the age of 75. He would often read about fundraising headshaves and haircuts in the newspaper, then talk to his granddaughter Maddison about it.

Sonya said: "Her grandad passed away in May last year and if there was ever something similar that happened in the newspaper they would talk about it together.

"He would say to her 'you should do it but give me some as well' because he was losing his hair!

"As a tribute to her grandad she decided to cut her hair. It was down to her knees so a fair bit has been cut off."

Maddison received a round of applause when she went to school after her hair had been cut, and the fundraising target of £750 on her Just Giving page has been easily surpassed. 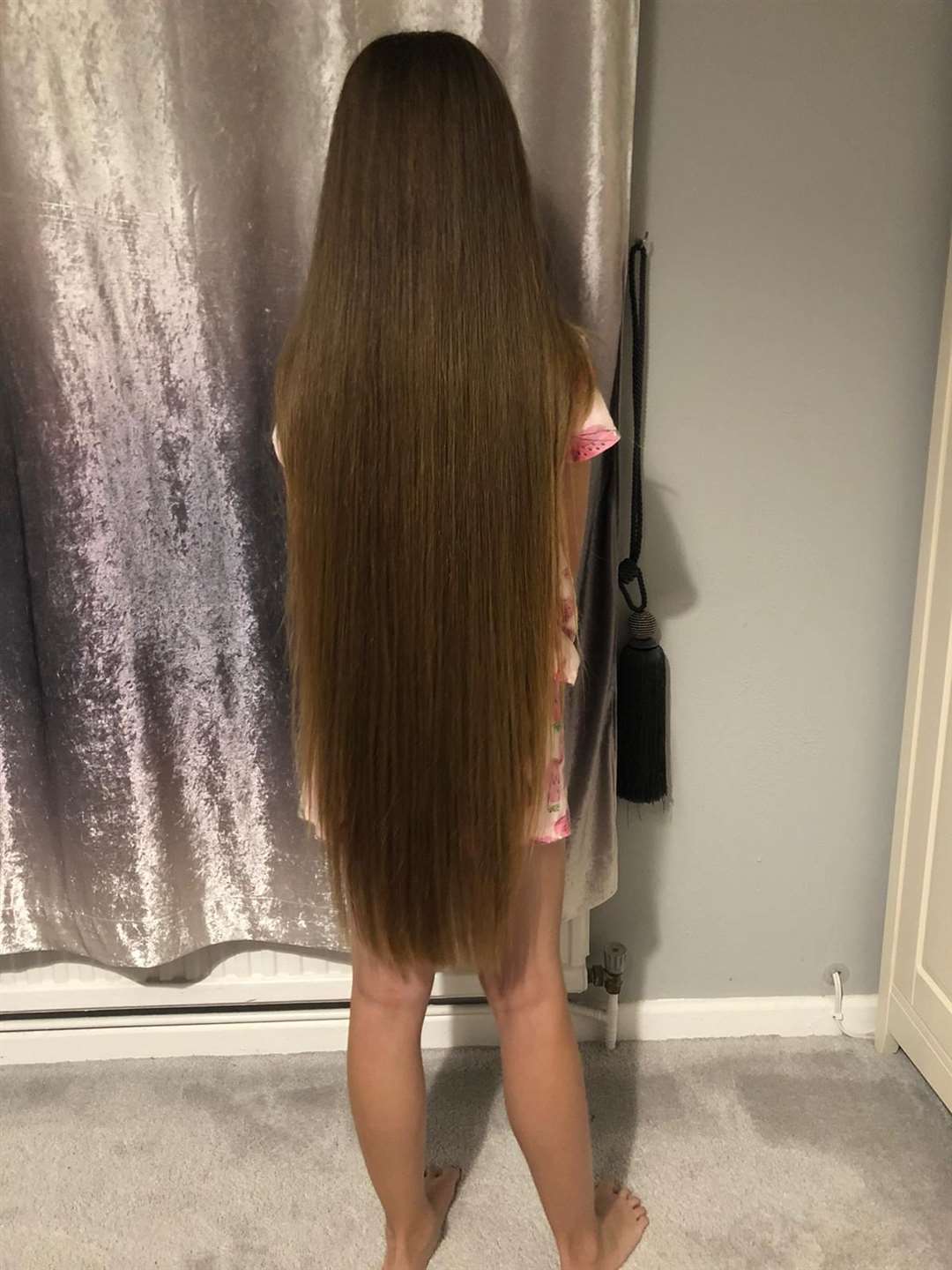 Friend of the family Sarah Brown said: "Maddison recently lost her grandad and they always read the paper together, and he would say to her about donating her hair one day. This made Maddison want to do this as a tribute to her grandad."

A spokeswoman for St. Martin at Shouldham CE Primary Academy said: "On Monday morning, the children in Year 4 were eagerly waiting to see Maddison's new hair after donating an enormous 16 inches to the Little Princess Trust.

"Maddison was welcomed by a massive round of applause as she entered the class and we all enjoyed watching the video footage of her hair being cut. We are all so proud Maddison, you demonstrated a lot of courage!"

Visit www.justgiving.com/fundraising/sonya-banwell to find the donations page in aid of the Little Princess Trust. For more information about the charity go to www.littleprincesses.org.uk/