Residents have expressed “relief” at being able to stay local to get their coronavirus vaccines.

The new Downham hub, which opened on Monday at the town hall, is going to be vaccinating an estimate of 1000 patients a week.

The hub is open Mondays, Thursdays and Sundays from 8.15am to 15.45pm and is run by the QEH vaccination team headed by retired nurse Pauleen Pratt.

Mrs Pratt came out of retirement to assist the vaccination effort.

Jodie Walton, of Upwell, got her first dose of the Astra Zenica vaccine yesterday and is suffering from long covid.

Long covid affects approximately 10-15 per cent of the population, according to the World Health Organisation.

Ms Walton said: “I couldn’t wait for today and having a hub in Downham is brilliant. I’m so scared of catching covid again. I was in hospital for two months and felt so guilty when my father caught it from me.

“It’s such a relief to be able to come here and get the jab done.

“Having the virus was an awful experience and I’m still suffering from it now. I would say to anyone who is apprehensive about the vaccine to get it. Having covid is a lot worse.

“Now I will be able to protect others as well.”

After getting her jab, Ms Walton said: “It’s easy, you don’t even feel anything!”

Vanessa Alimi, 44, who lives in Downham, is a carer for her two daughters, who have autism.

She also got her vaccine yesterday.

Mrs Alimi told the Lynn News: “I think it’s brilliant to have a local hub. Downham has a high population of elderly. It’s good that they no longer have to travel and it will keep them safer.

“I’m doing my bit, as my daughters are vulnerable because they have autism and my mother is undergoing treatment for cancer. It’s a relief to know I’m less likely to pass it on to them.”

Many locals had enquired why Downham was without a large vaccination centre, due to its large elderly population.

MP Liz Truss announced in January that the town would be getting a mass hub in February after residents complained about being sent to Swaffham and Lynn to get their covid vaccines.

The hub was slightly delayed but provisions were made to limit the distance vulnerable residents would have to travel.

And in the interim the three GP surgeries in the town have been providing vaccines. 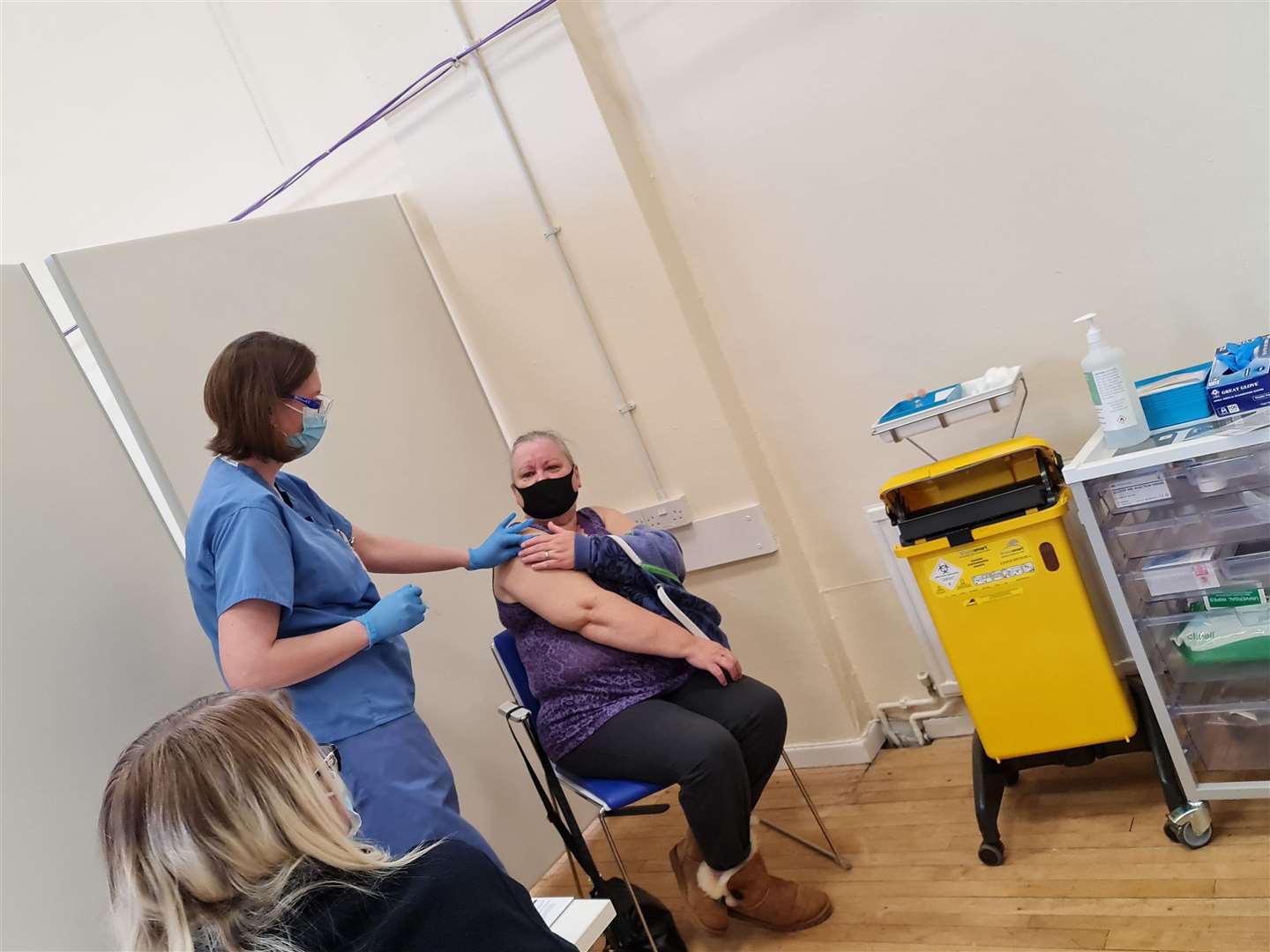 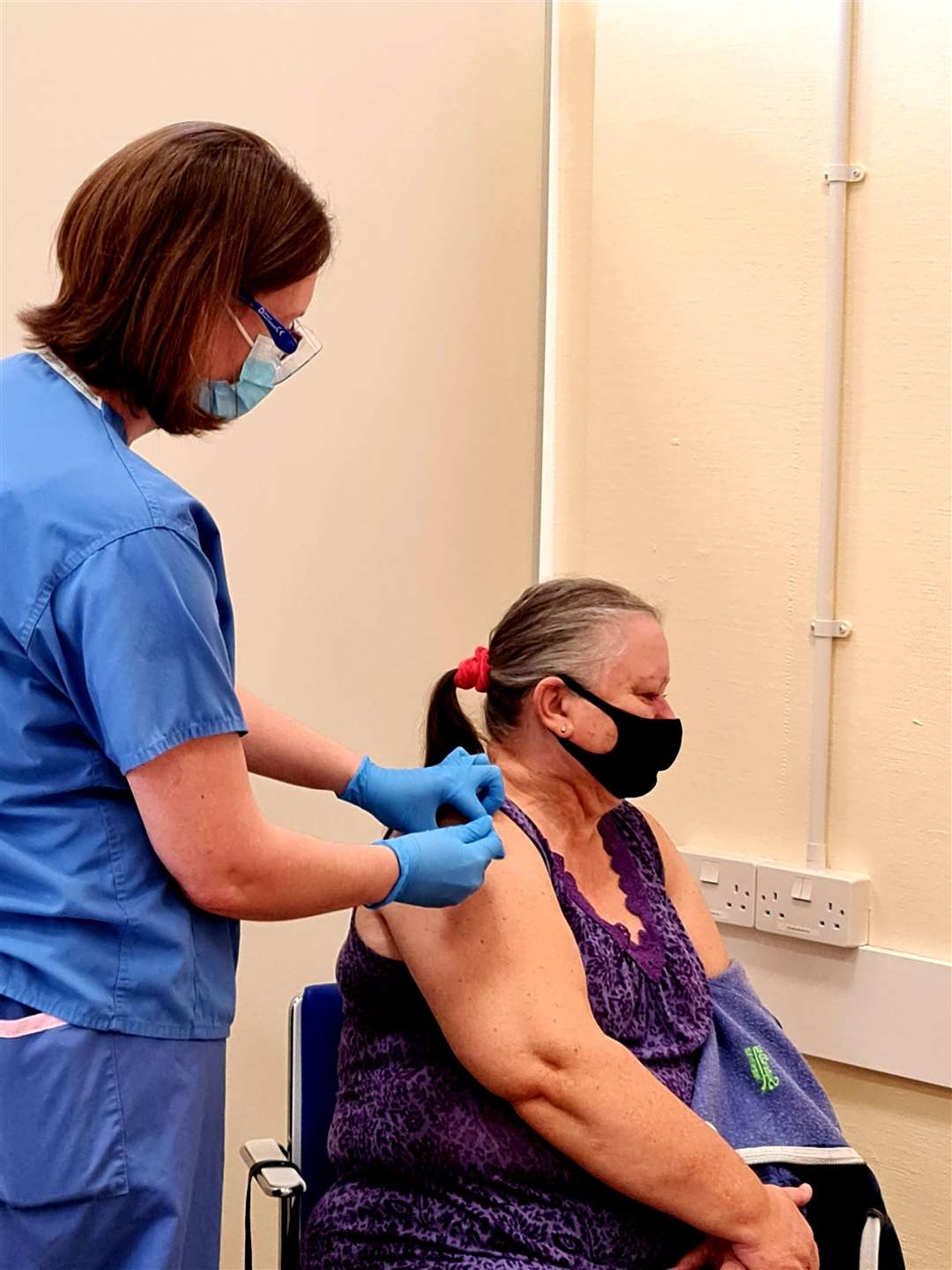 A Norfolk and Waveney CCG spokesperson said: “With the new hub, GP surgeries in Downham will still be providing vaccines as and when needed.”

Caroline Shaw, CEO of the QEH said:“The centre will initially deliver around 1,000 vaccinations every week. It joins a number of centres already providing vaccines across Norfolk and Waveney including our centre at the QEH which has now administered over 20,000 vaccinations.

“This is a fantastic achievement and would not be possible without the dedication and hard work of our staff who have gone above and beyond to deliver this vital programme.

“We are delighted to open a centre in the town.”