The 'Socially Distanced - Welcome Back to Music Festival' is being held at six-acre site off the A10, opposite the Red Barn in South Runcton, which has previously been used to host the Festival Too ball.

The food stalls, bar and stages have been set up as visitors begin to soak up the atmosphere.

The Extons have told the Lynn News about their eagerness to be back on stage after a six-month hiatus due to the coronavirus pandemic.

The Terrington St Clement band, previously played on BBC Music Introducing, will be on stage around 5.30pm today (Friday, September 18).

Lynn-based promoters Twisted Melon are hosting the festival and a social media post ahead of the weekend said: "This will be as much a bonafide festival as we can possibly make it. Amazing live bands, street food, bar, in fact everything you'd expect from festival.

"But with one big difference, you'll be safely socially distanced."

Festivalgoers will be allocated their own area for two to six people. Each socially distanced space includes seating and a standing area.

Stewards and security will be constantly monitoring attendees to they adhere to social distancing. Organisers have stated that any attendee who persists in breaking guidelines will be ejected from the event.

The bar will operate a one-way system with contactless payments at one end and collection from a sterile area at the other end.

There will also be plenty of signage and a LED screen will regularly show the guidelines to those attending.

A further statement by organisers ahead of the festival stated: "We appreciate wearing a mask is a choice...but if you're not prepared to wear one to order your food and drinks, and visit the toilet then please choose not to purchase a ticket, it's your choice.

"We have worked extremely hard to get this event approved and hope the public will work with us to make it a successful one."

Temperature checks will also be conducted upon arrival at the site.

The licences agreed for the festival allows 450 people to attend on Friday and Sunday and up to 800 on Saturday.

Triston Finnis, of Twisted Melon Promotions, said: “Over the past five months the music industry has been absolutely decimated and with little sign of help coming I decided to try and kick start things the only way I know how. With an event.

“I’m involved with a number of festivals including Festival Too but this was to be very different. I have researched the many other events across the country, cherry picking what I believe are the best measures to ensure Twisted Melon’s ’Socially Distanced’ will be one of the safest events in the country while still having a full festival feel.

“We are extremely pleased to have been able to choose a massively diverse selection of acts from genres including dance, rock, Indie, ska, punk and soul.”

The coronavirus infection rate remains steady in Norfolk, which has enabled the festival to go ahead.

However, other parts of the UK have been hit with increased restrictions, the government has announced today.

New restrictions will be introduced in parts of the north-east of England to curb rising infection rates there as West Norfolk residents continue to enjoy comparative freedom.

These north-east areas will have to abide by new restrictions from today which includes hospitality for food and drink being restricted to table service only, and a late night restriction of operating hours with leisure and entertainment venues having to close between 10pm to 5am.

Changes come as cases in the North East have risen to the second highest in the country, after the North West.

The new restrictions have been made in close collaboration with local leaders. Such restrictions do not concern West Norfolk, although the 'rule of six' continues to apply to the country as a whole. 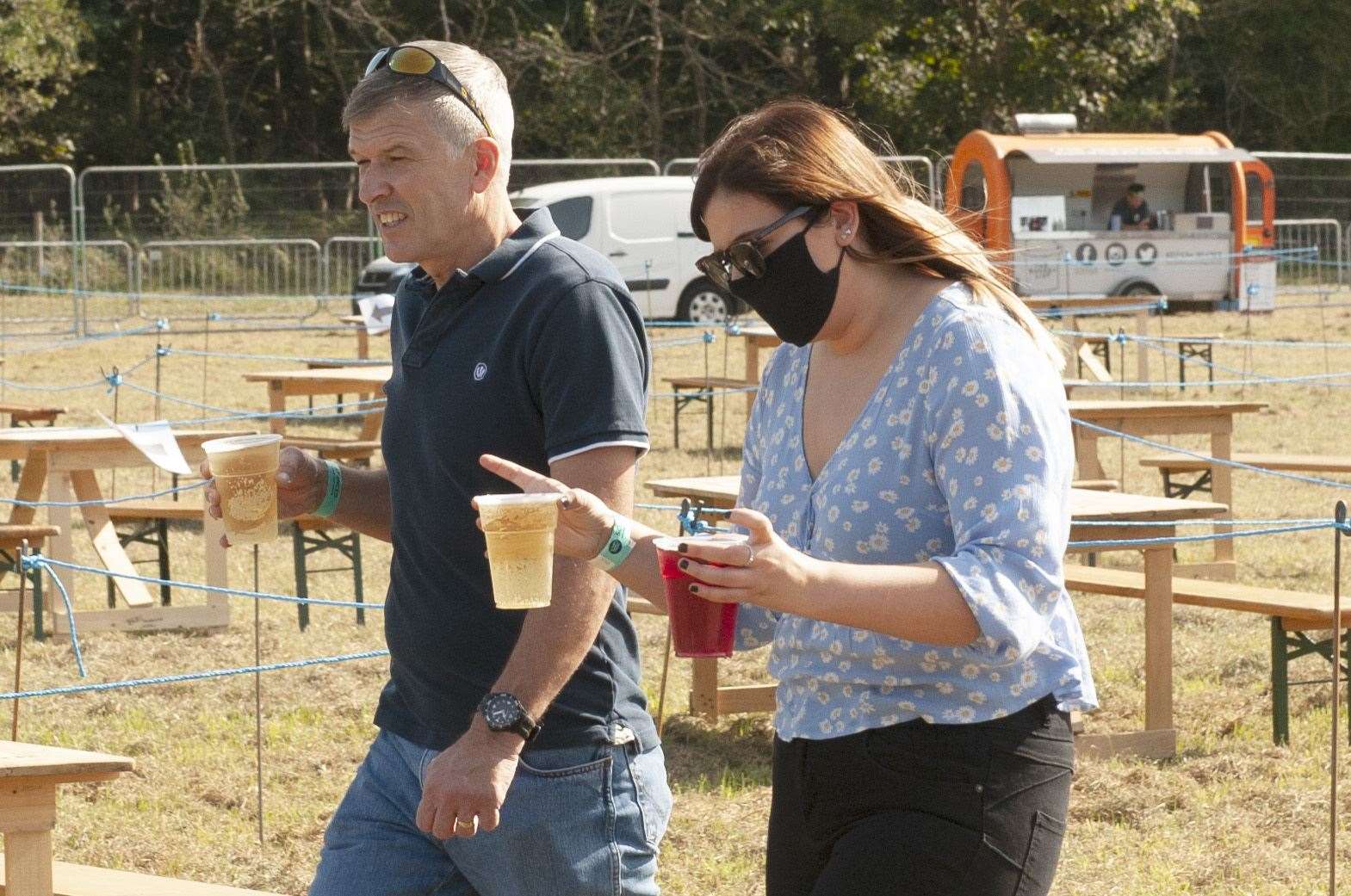 Health and social care secretary, Matt Hancock said: "After seeing cases in the North East rise to a concerning level, local authorities requested support for tighter restrictions and we have taken swift action to accept their recommendations."