A Downham primary school’s 40th birthday celebrations have seen all three of its headteachers join together.

Staff and pupils, past and present, came together at Hillcrest Primary School to not only mark its four decades that the school has been open but also to celebrate its new facilities.

In February of last year, contractors Morgan Sindall started work on a new nine-class, two-storey block in which years 4, 5 and 6 are now taught, along with the redevelopment of the existing building that opened in 1980, to provide an additional reception classroom, refurbished school hall, library and both new and refurbished toilet blocks.

Among the guests who visited the school to view its new facilities were the two previous headteachers of Hillcrest – Betty Lunn, the first head who welcomed the first 94 pupils into the school on January 8, 1980, and Linda Howling, who took over the reins in 1999 until 2016.

Current headteacher Matthew Try said: “It is highly unusual for a school that has been open for 40 years to have just three headteachers.

“It is a sign of the strength of the staff and the warm and welcoming place that it is to work in every day that keeps both headteachers and teachers in post, with a significant proportion of the teaching staff having remained at Hillcrest for many years.” 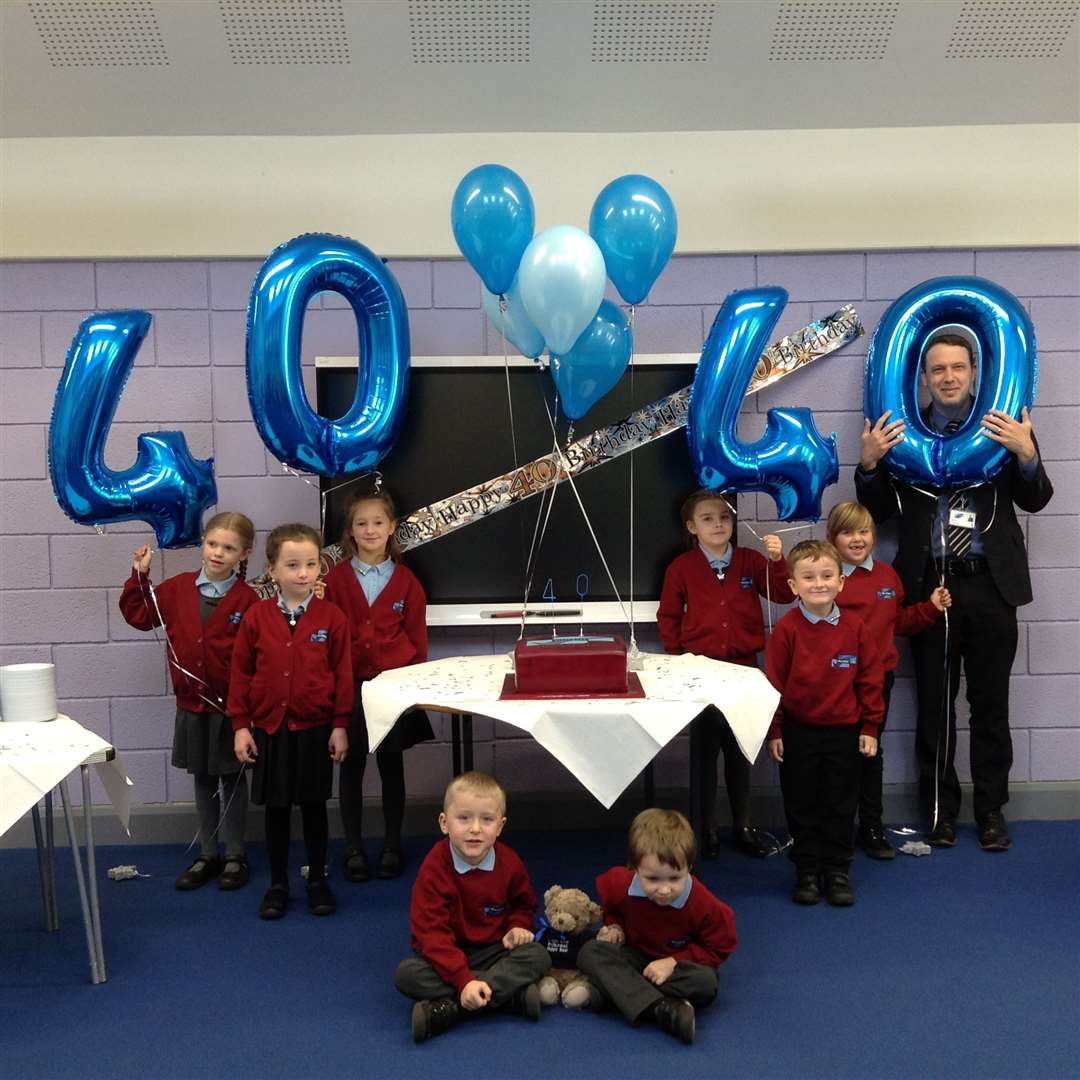 Mr Try also thanked Norfolk County Council for the “significant” investment in the school provided to help cater for the anticipated growth in pupil numbers across Downham in the coming years, and to help replace the “outdated” mobile accommodation that the children had previously been taught in.

The celebrations saw guests tour the new facilities, before the children, staff and guests joined together on the school field to form the number 40, which was captured by a drone camera.

The school’s next celebration will fall on the exact date 40 years ago that Hillcrest opened its doors with a 1980s-themed disco and other 80s-related activities on January 8, 2020.