This Captain Tom Moore tribute took a lot of puff!

Sally Beadle, aka clown Crazy Bananas, will carry the model around the South Lynn area this evening to coincide with the Clap for Our Carers campaign.

She said: “I have been carrying on doing lockdown birthdays in costumes and I thought, with Captain Tom and being ex forces myself, it would be nice to create a giant Red Arrow plane.

"I am really interested in what Captain Tom has achieved and thought it would be worth spending 10 hours doing."

The intention is to make smile while also paying tribute to the heroics of key workers and Captain Tom Moore's fundraising efforts. The war veteran has raised more than £31m for NHS Charities Together by walking laps of his garden.

And Crazy Bananas used a frame to create her Red Arrows design this week to celebrate the 100-year-old's charitable success. Residents living near Beloe Crescent may be able to see her "flying" her plane at 8pm this evening. 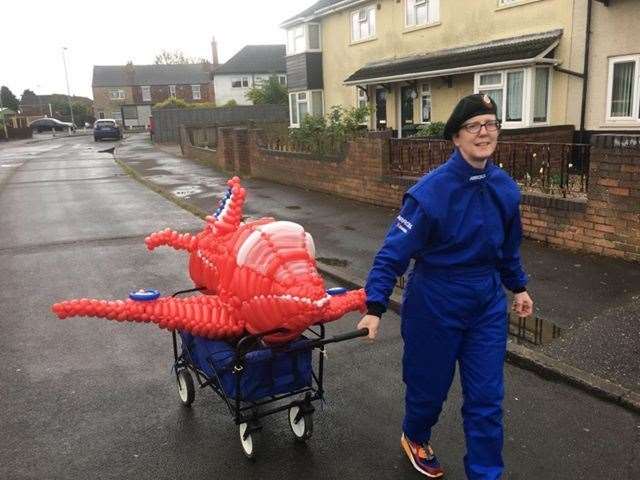 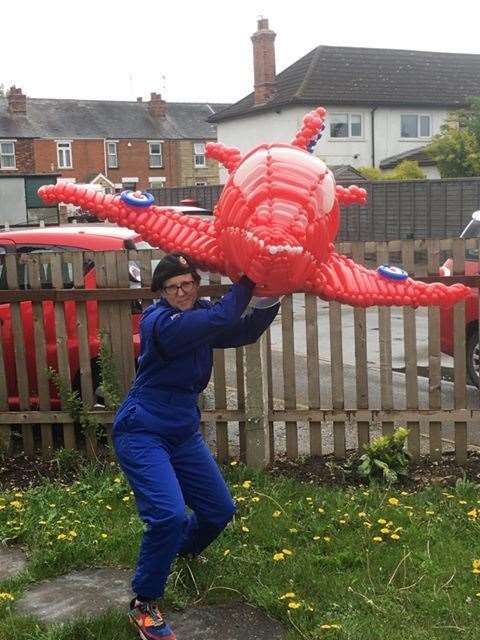 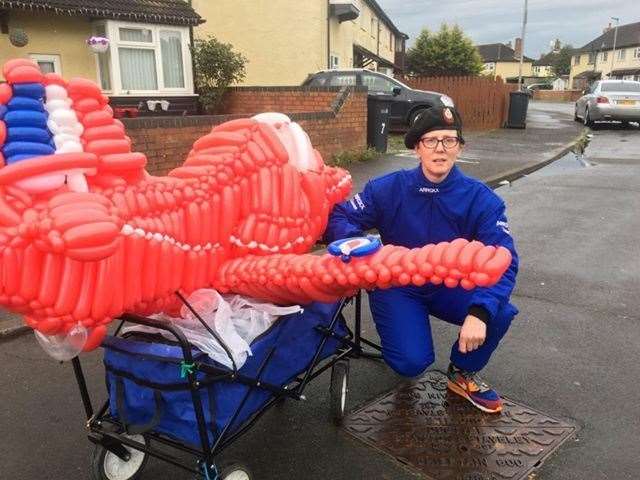 Last week, she also rode a penny farthing around the community to spread some joy. The week before she went around dressed as Mr Blobby.

"This is what I do, I go out and be silly," the entertainer said.

Speaking about how she has been wishing people a Happy Birthday during lockdown, she said: "I walk to their house dressed as a ring master and I pull my PA system with me. I get to the arranged point and message the birthday mum. I then put on the Greatest Showman song and walk to the house.

"After an introduction, from a safe distance, I announce the birthday and play the child’s favourite song. We then sing happy birthday and I leave playing something cool. The youngest has been one-year-old twins Reggie and Rosie and the oldest 28-year-old Lee."