A retired villager has spent six weeks creating a spectacular Christmas display at his house, which includes 23,000 lights.

Roy Cook, of Feltwell, has been raising funds for the West Suffolk Hospital (WSH) through the lights, with more than £210 already being donated via a collection box.

The lights are an annual tradition at the Cooke household, but Roy decided to go a step further this year to help raise funds for the WSH department where his family go for blood tests.

He said: "Everybody has been commenting on it on social media. I wanted to do it for charity and I thought about how hard NHS staff have been working, and what pressures they are working under at the moment."

Mr Cook moved to Feltwell from Boston in Lincolnshire 25-years-ago, and he soon decided to start decorating his house with festive lights every year. 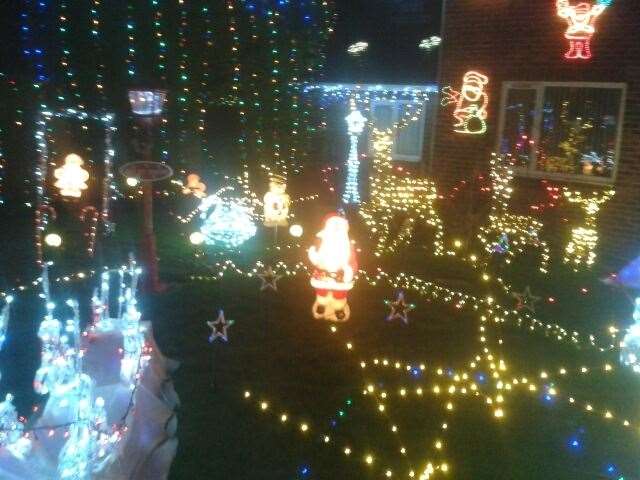 "I moved here as an outsider and the village took to me so I decided to give something back through the lights," Mr Cook said.

Sam Fernando, who runs the village convenience store, said Mr Cook has previously created a statute to say thank you to NHS staff during the pandemic.

He described Mr Cook as being "really capable and very generous".