Hospital staff and residents had their eyes firmly fixed on the skies over Lynn this afternoon as a Spitfire flew over to mark the 72nd anniversary of the NHS.

The aircraft was scheduled to fly over Lynn's Queen Elizabeth Hospital at 3.36pm before moving on to the Norfolk and Norwich University Hospital 13 minutes later.

The plane was decorated with the message 'Thank U NHS', and continued the appreciation which was shown to the health service during the weekly Clap for Carers campaign at the height of lockdown.

It coincides with the 80th anniversary of the start of the Battle of Britain during the Second World War in which Spitfire aircraft played a major role in defending the nation from the German Luftwaffe invasion.

The 72nd birthday celebrations for the NHS have already seen the Duke and Duchess of Cambridge visit Lynn's hospital on Sunday, while the Town Hall was lit up blue to mark the occasion. 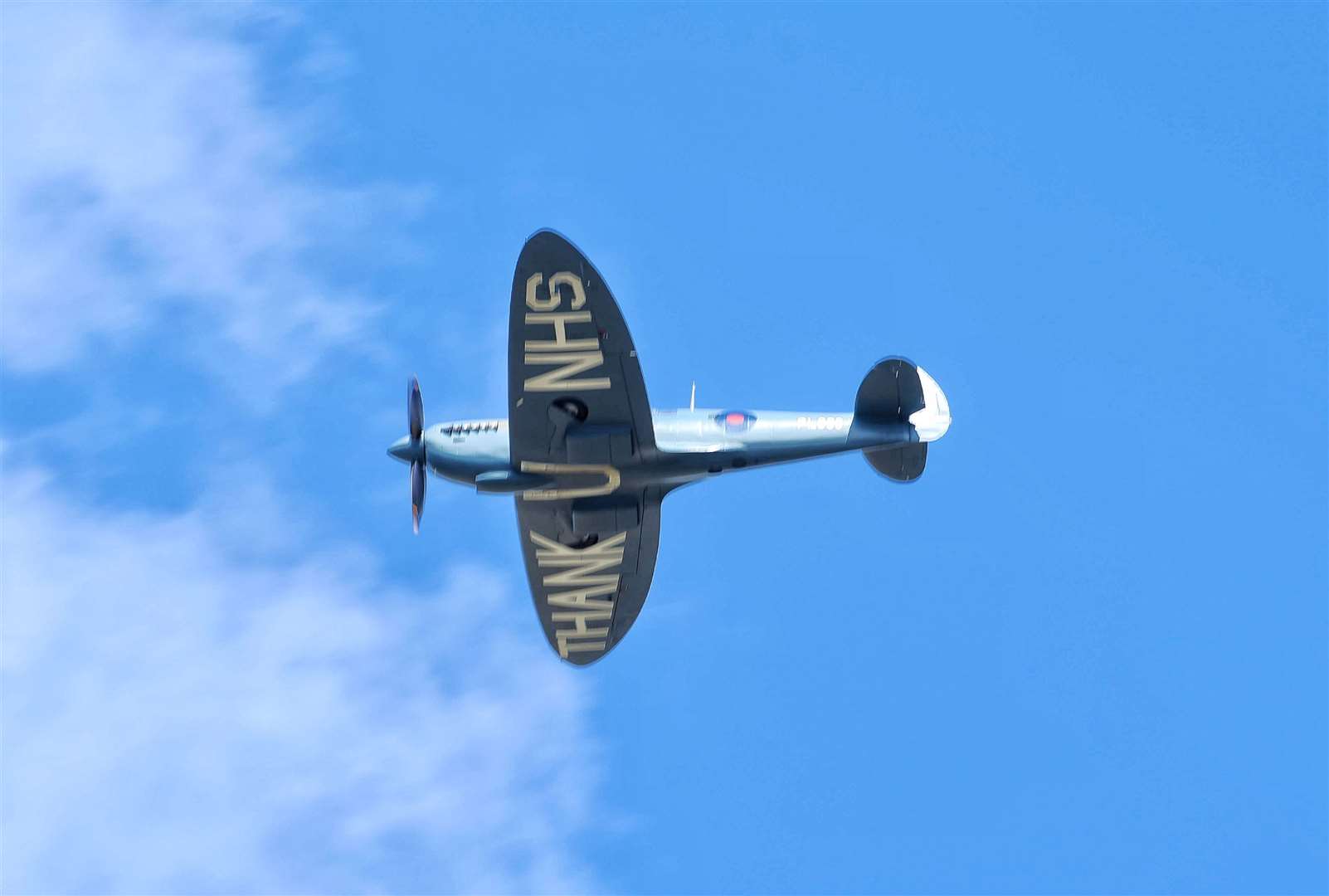