Do you recognise these photos? Collector launches appeal after surprise find

A collector couple from Northwold were surprised to find some roll-film photos inside a tin purchased from a car boot-and are now appealing for the family to claim them.

Harry Everett and his wife Heather found the black and white pictures, which show a young girl with her father, at the Skylark car boot in Manea.

Mrs Everett said: “This man at the car boot had lots of bits and pieces. What attracted me to the tin was I have a book of Green Shield petrol stamps and I was asked if I had any blue ones too.

“They came with the tin which was just for petrol and I thought it was something a bit different.

“It took me by surprise when I got back home to see the photos and I thought they must belong to someone.”

The couple asked the Lynn News to spread the word to see if a family recognises those shown in the pictures and wish to come forward for them.

A total of six pictures were stored in a paper folder with “Gayvert Roll-Film, for perfect pictures” written on the front.

The name Amy E Purdy of Lynn is stuck on the back of the folder.

“If anyone wants them, they are welcome to have them,” Mr Everett said.

It is due to the Northwold pair’s collecting habits that the photos were discovered. 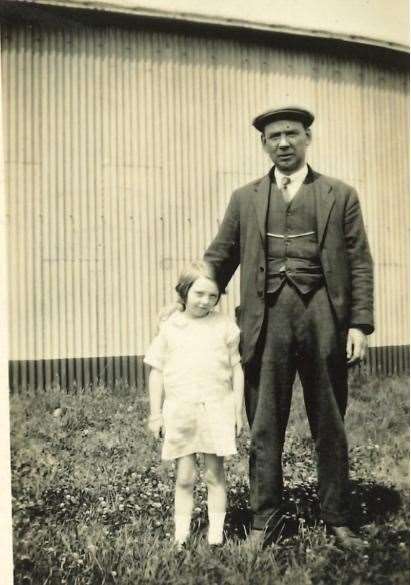 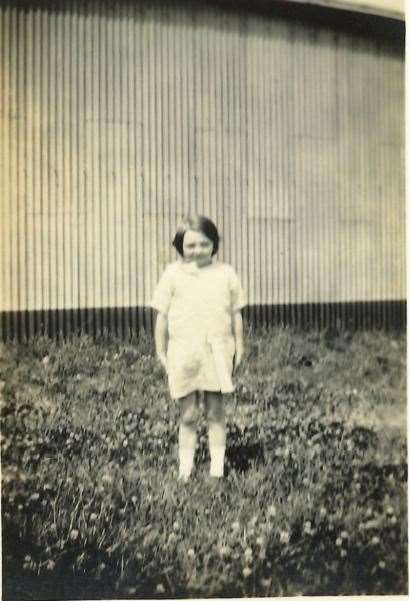 Mrs Everett took inspiration from her husband’s desire to collect petrol cans, and went on to amass her own display of tins.

And she has now been building up a collection of “300 to 400” tins over a period of roughly five years.

“I have a rather large collection,” Mrs Everett said.

“My husband was always taking his petrol cans out and I thought why I am just sitting here, why don’t I do something too?

“People are really interested in them and I take them to shows where people say thanks for collecting them as it brings back memories for them.”

Amongst her collection are Quality Street, Bisto, Boneo and washing powder tins to name a few.

It takes “over an hour” for Mrs Everett to put out all her tins on display at shows.

Do you know who the mystery photos belong to? If you do, please contact the Lynn News on 01553 817322 or email ben.hardy@iliffepublishing.co.uk.