Rescue operation under way at Bawsey

A major incident has been declared at Bawsey Pits today as emergency services came together to launch a rescue operation.

Fire, police and ambulance personnel were summoned to the former quarry site at 11.30 this morning.

Norfolk Police have issued a tweet this afternoon saying that they were answering reports of a missing male who is believed to have got into difficulties in the water. 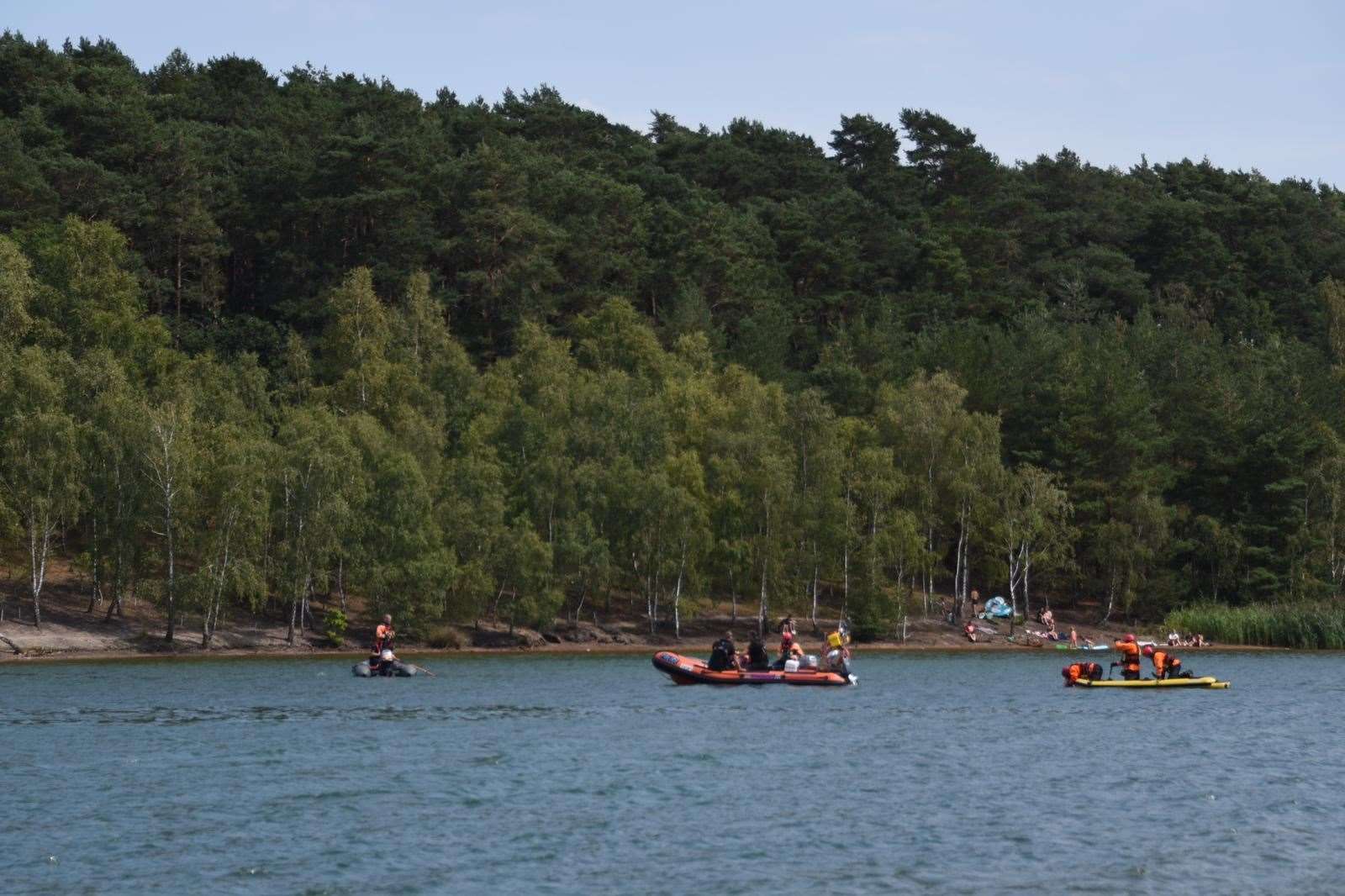 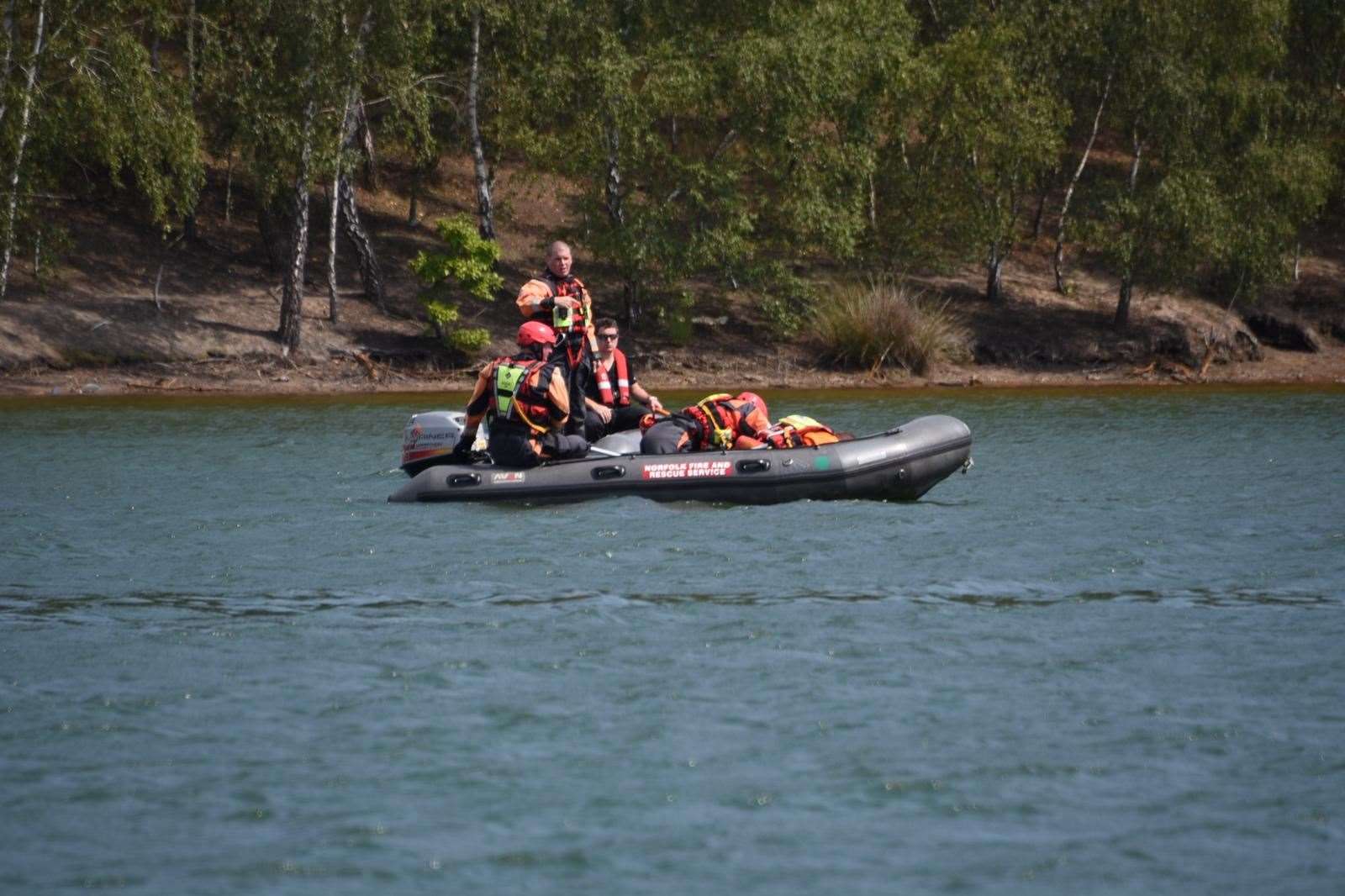 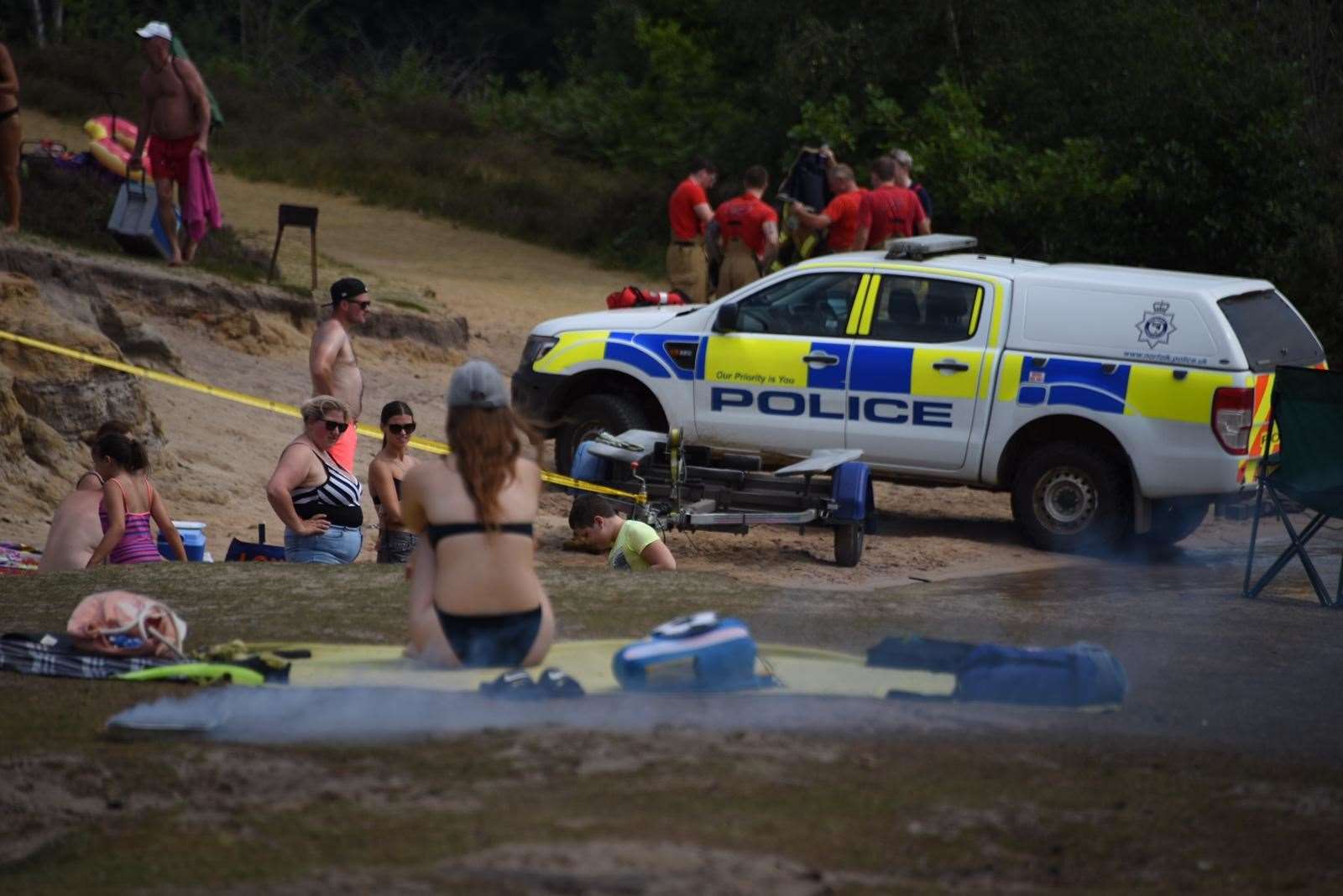 Hundreds of people were taking advantage of the warm sunshine to enjoy the delights of the area and they witnessed as firefighters brought an inflatable boat off a vehicle to take into the water to begin a search of the area.

A drone was also being used in the rescue operation around the lake.

Bawsey Country Park was the scene of a double tragedy back in July 2013 when a 16-year-old boy from East London drowned. On the same day, local man Ryan Pettegell, 41, also drowned, as he swam out looking for the missing boy.

There have been frequent warnings about the dangers of swimming in the former quarry pits.