West Norfolk students among those paying their respects for Remembrance

Both Sandringham and West Newton Primary School, and Flitcham Primary Academy created a ‘Poppies and Prayers’ display at the respective site.

Due to Jane’s Coffee Corner being closed in East Rudham, a Remembrance display was created in the window by pupils from the village school.

Rachel Wade, who works at the shop, said: “As our coffee shop is closed and parents are not allowed into school due to covid measures, we wanted to give our community the opportunity to see this wonderful display of remembrance by the children of Rudham Primary.”

Lynn children’s entertainer Sally Beadle, known as Crazy Bananas, created some Remembrance displays out of balloons including a wreath which she displayed at her home.

She used to serve in the Armed Forces herself and said: “I sat at home and watched the act of remembrance on BBC. 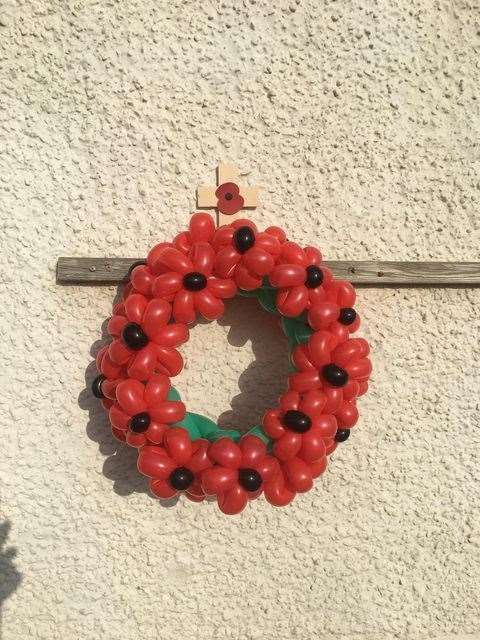 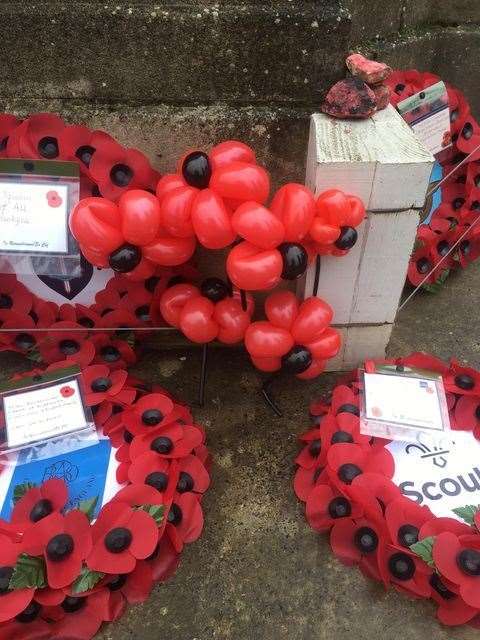 “I am usually stood in Whitehall with ten thousand others waiting to march past the cenotaph. It felt very strange and emotional.”

Military charity Bridge for Heroes observed a two minute silence with a small group of Veterans and others, observing a strictly controlled social distance, gathered at the entrance to Clough Lane.

A wreath was laid at the silhouette of Private Tweedy, a local man who sacrificed his life in 1917 in a Flanders Field. Mike Taylor, Bridge for Heroes chief executive officer stated: “It is of enormous importance that the sacrifice made by millions of men and women and in many cases children is not forgotten.”

Meanwhile, Ryston resident Mark Thomas has created his annual Armistice memorial in the porch of the village church.

His wife's great-great-grandad served as a gunner for the RAF in the Battle of Mons and Mr Thomas had been researching his history when creating previous memorials for the church.

And Howard Junior School posted a video of a pupil sharing war memorabilia which including a picture of her great-grandad serving in Egypt. She also had a letter written on part of a jacket and sent home by her great-great-grandad.