Youngsters in a West Norfolk village have been trying out their new community skate park following its official opening at the weekend.

A group of parents in Feltwell have spent more than two years campaigning and fundraising to provide the facility at the village playing field in Paynes Lane.

And their efforts finally paid off on Saturday when the £74,000 facility was officially opened by the village’s MP, Elizabeth Truss.

Miranda Bane, who was one of three residents who led the campaign, alongside Jo Martin and Angie Beale, said the ceremony was “overwhelming” and revealed the site was already attracting visitors from nearby towns including Downham and Brandon.

She said: “It makes you proud to be part of what we’ve achieved. Every time we go up there, we can’t believe we’ve actually done it.”

Mrs Bane was among a group of villagers who first approached the parish council in early 2016 to propose that a park should be installed.

Since then, residents have themselves raised almost £7,000 towards the scheme, while the parish council contributed another £5,000. 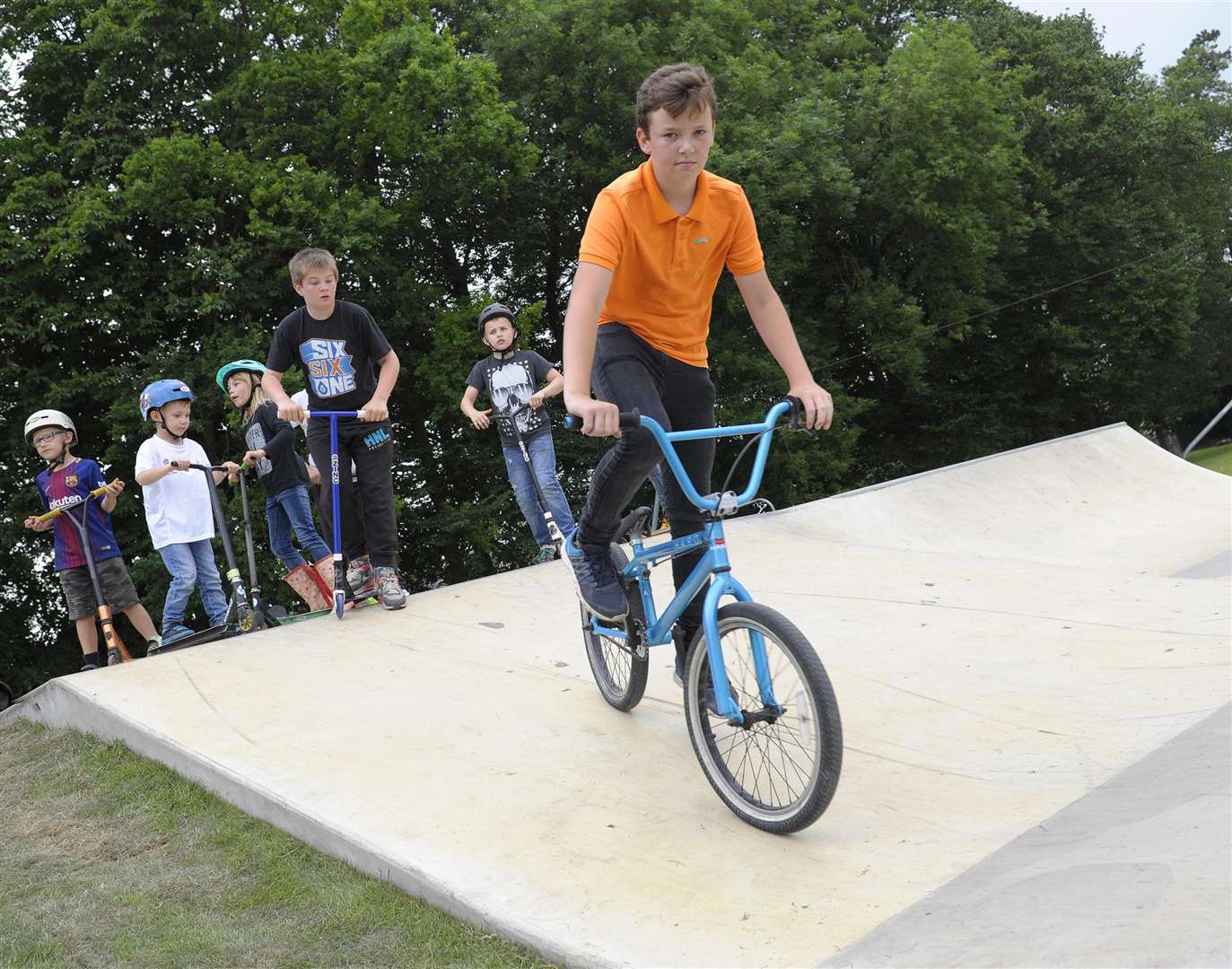 Almost half the funds, £35,000 were secured through a grant from Sport England, while a further £15,000 was provided by the Edmund de Moundeford Trust.

The Geoffrey Watling Trust gave £8,000, with another £4,000 coming from the Shelroy Charitable Trust Fund.